How Did You Get Your Limiting Belief? 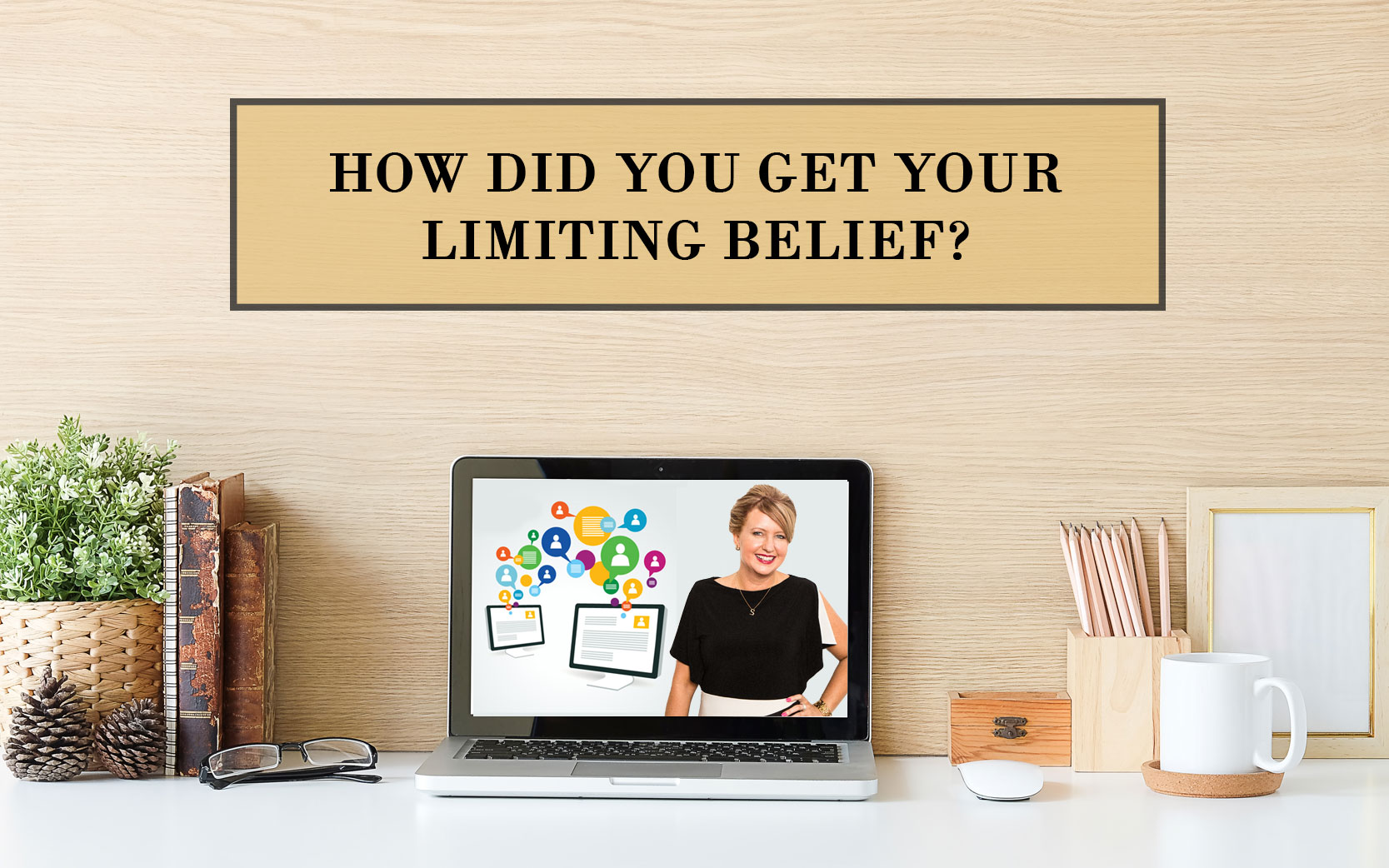 There’s a number of ways that we can get limiting beliefs and I wanted to share with you some real examples of where you may have gotten yours. One, it may have come from your PARENTS and what they told you as a young child.

Some PARENTS say, “the rich get richer and the poor get poorer and it’s hard work earning money,” and they give you their beliefs which you then take on as a child. The other way you may get limiting beliefs is from SIGNIFICANT OTHERS. It might be an uncle or a grandparent or someone that you respect that will share their beliefs with you and you will take them on as well.

The other way that you get your limiting beliefs is maybe from SCHOOL or RELIGION. Where you hang out and who you hang around with at SCHOOL or at church or wherever that may be, you will pick up some beliefs around those organisations. What happens is, you take these on and then you compound them. You look and you’re looking out in your environment for all of the justifications, if that’s the correct word, all the reasons why that belief is true and you keep adding to it going, “That’s true because of that, that’s true because of that.”

The biggest one is the STORIES WE MAKE UP OURSELVES. Sometimes we hear something about ourselves and we make up a story about it and we do exactly that; we start adding to that belief and looking for reasons or justification why we believe that. You say, “Sharon, that’s okay, got it, I get my where my beliefs are but how do I remove them?” It’s not that easy sometimes by yourself. Sometimes, we remove beliefs.

One day we’re 12, the next day we’re 13. We remove the belief that we’re 12 and now, we believe we’re 13. These deeper root causes of our limiting beliefs are a lot harder to release unless you get some help. Reach out to people who are in the industry who can release them through different modalities. I help my clients with TIME LINE THERAPY® AND HYPNOTHERAPY.

There are other great ways of releasing limiting beliefs as well but what I’m saying to you is, it’s really a great idea to reach out to somebody who can help you and they can be instantly released. Those limiting beliefs can go immediately, it’s just knowing how to do that and that’s where great expertise, great help comes in.

Don’t be afraid to reach out for help because a lot of times we go, “I’ll try and believe something else, I’ll do my own thing trying to get rid of this” and it’s a hard slog, it takes longer a lot of times, not all the time and a lot of the time, it makes it a difficult pathway for you so reach out and get some help. Get those limiting beliefs released so you can grow yourself, grow your business, have abundance and have the life that you deserve.