Which Limiting Belief Is Holding You Back? 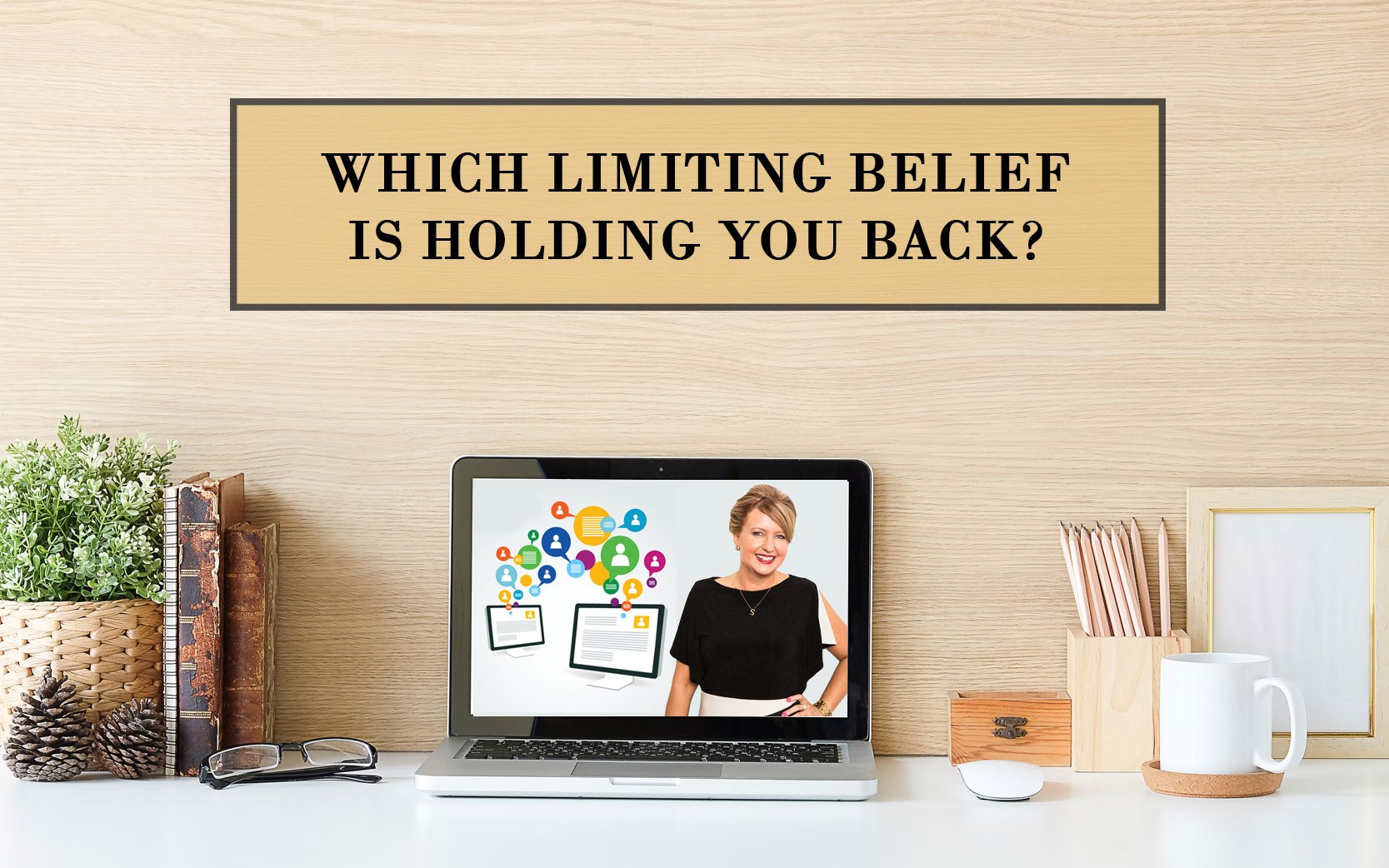 We all have limiting beliefs at some time or another, but a lot of times, we don’t identify with these. Sometimes they’re seen as excuses or people whining or complaining, or just generally holding themselves back and self-sabotaging.

What is it for you? It might be something like… “I’M NOT PRETTY ENOUGH” “I’M NOT SKINNY ENOUGH” “I’M NOT RICH ENOUGH.” “If I had more money, I could grow my business and do more things.” What is the word that sits in between the ENOUGH? “I’m not “what” enough for you.” “I’m not old enough.” “I’m not young enough.”

I hear all of these when people come to me wanting help and utilising my Breakthrough Process where we release limiting beliefs. It doesn’t matter what words you use. It comes down to this one phrase – “I’M NOT GOOD ENOUGH.”

All through your life, you’ve found reasons to suggest that that is TRUE. I’m here to tell you IT’S NOT, and we can easily change it up in a Breakthrough Session. You may ask “What’s a Breakthrough Session?” It’s about releasing those limiting beliefs and also negative emotions and doing a real cleanout.

You believe that you are worthy of having it all. Wouldn’t that be amazing, to believe that you’re worthy; that you deserved it and that it was rightfully yours? This can EASILY CHANGE for you. Reach out to someone who has the modalities like Timeline Therapy® and Hypnosis to help you easily release these. I can release limiting emotions and other practitioners can as well. We can release limiting beliefs in a session – a one-hour session and they’re gone, and you will immediately feel different, act different, believe different.

If you’re going it alone and you feel like it’s tough, it’s a hard slog, that you’re always working hard and you never get what you deserve; that you’ve never reached the goal that you’ve set for yourself, REACH OUT, release those limiting beliefs. Get the help you need, and you will feel AMAZING in a moment. If you haven’t made the decision to act, ACT NOW. DO IT NOW. Why not now? Why later? DO IT NOW so you can immediately MOVE FORWARD in your life and your business. If you need help, REACH OUT TO ME, reach out to other practitioners. Do your research and know that there is a way through this.

You can release those limiting beliefs. Don’t believe that you have that belief for the rest of your life because you don’t have to.